Oil Billionaires are taking control of America. Paying to get Republicans elected, the Republican Tax legislation is one of many paybacks to their Oil Billionaire masters.

Elected Republicans reduce taxes on the ultra rich, to get funding for their election campaigns and are selling out their constituents and America in the process.

This is happening in front of the world’s eyes… the Oil Billionaire takeover leading to WWIII… runaway GLOBAL WARming. Wake Up America and Smell the Oil.

NOTE: Here is a short list of Oil Billionaires behind the takeover: Putin, Koch Brothers, House of Saud. 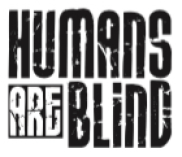 If the world was filled with blind people, would they think that they were blind?

Humans are blind to over 90% of the world. As supporting evidence:

1. HUMANS ARE BLIND TO THEIR OWN BLINDNESS.

Humans are blind to the fact that seeing is a continuum and that humans only see a small portion of that continuum. (Read Talk1)

2. HUMANS ARE BLIND TO THE INVISIBLE (that which they cannot see).
For example: the 3 states of water (solid ice, liquid water, and gas vapor). Humans can see and feel water in its solid and liquid form, but water as a gas becomes invisible.

3. HUMANS ARE BLIND TO TRUTH/REALITY.
Humans have thoughts and believe their thoughts. Humans would rather hold onto their beliefs than to know truth/reality. (Read Talk3)

4. HUMANS ARE BLIND TO BEING AN ANIMAL AND BLIND TO WHAT THAT MEANS.
Darwin proposed Evolution by Natural Selection over 150 years ago, with complete scientific support and confirmation ever since. Humans are human animals.

5. HUMANS ARE BLIND TO THEIR MIND’S EYE (their third eye).
When humans Awaken, they begin to see clearly with their mind’s eye, which allows them to begin to see the next three things:

6. HUMANS ARE BLIND TO THEIR SELF... a self is like seeing outward from a single point... the self is like a bubble in a vast ocean, which never rises to the surface. Humans are only aware of their conscious self and are blind to their subconscious self.

8. HUMANS ARE BLIND TO SPACE.

Humans operate in a relatively small space, usually in the immediate vicinity. They can only see to the horizon and not over the horizon. Humans are blind to the very small and the very large.

9. HUMANS ARE BLIND TO THEIR ADDICTION TO FOSSIL FUEL ENERGY.
Signs of addiction: Daily use - Humans use fossil fuel energy everyday; Changing Appearance - Deterioration in the physical appearance of Earth; Continued Use Despite Negative Consequences - Humans keep ignoring global warming.

10. HUMANS ARE BLIND TO THEIR APPROACHING EXTINCTION FROM GLOBAL WARMING.
Since CO2 is invisible and global warming occurs so gradually, humans are essentially blind to global warming. Since humans are blind to the future, humans cannot see that runaway global warming is the biggest threat to their existence on Earth.

All of the above are the reasons humans suffer... their severe blindness. When humans recognize the above truths, then they will begin to wake up and see how to live with wisdom, compassion and joy.